In April 2017, we joined the WILDLABS.NET community. Through an exchange of messages with the community manager, Steph O’Donnell, we learned about a researcher studying grizzly bears in British Columbia. Steph introduced us to Melanie Clapham, Ph.D., founder and director of The Brown Bear Research Network (BBRN).

The BBRN is a multi-disciplinary group made up of international biologists, naturalists and eco-tourism operators. Their mission is to fund and facilitate innovative and progressive research on brown (grizzly) bears in British Columbia. They had a similar idea for a software tool which can recognize individual brown bears from photos and camera trap footage.

Shortly after we were connected, hypraptive and the BBRN joined forces on the BearID Project. We have the common goal of developing a new technology which can be used to assess and monitor populations, providing wildlife researchers with a new methodology to survey bears in the wild. Hypraptive provides the computer science and deep learning experience and the BBRN provides brown bear expertise and connections to the bear viewing community. As well as being a vital research tool, the ability to automatically and confidently recognize individual bears has huge potential for public engagement in bear conservation.

In addition to their own research images, they have put out a call to researchers, bear tourists and citizen scientists to contribute photos and videos to the project: 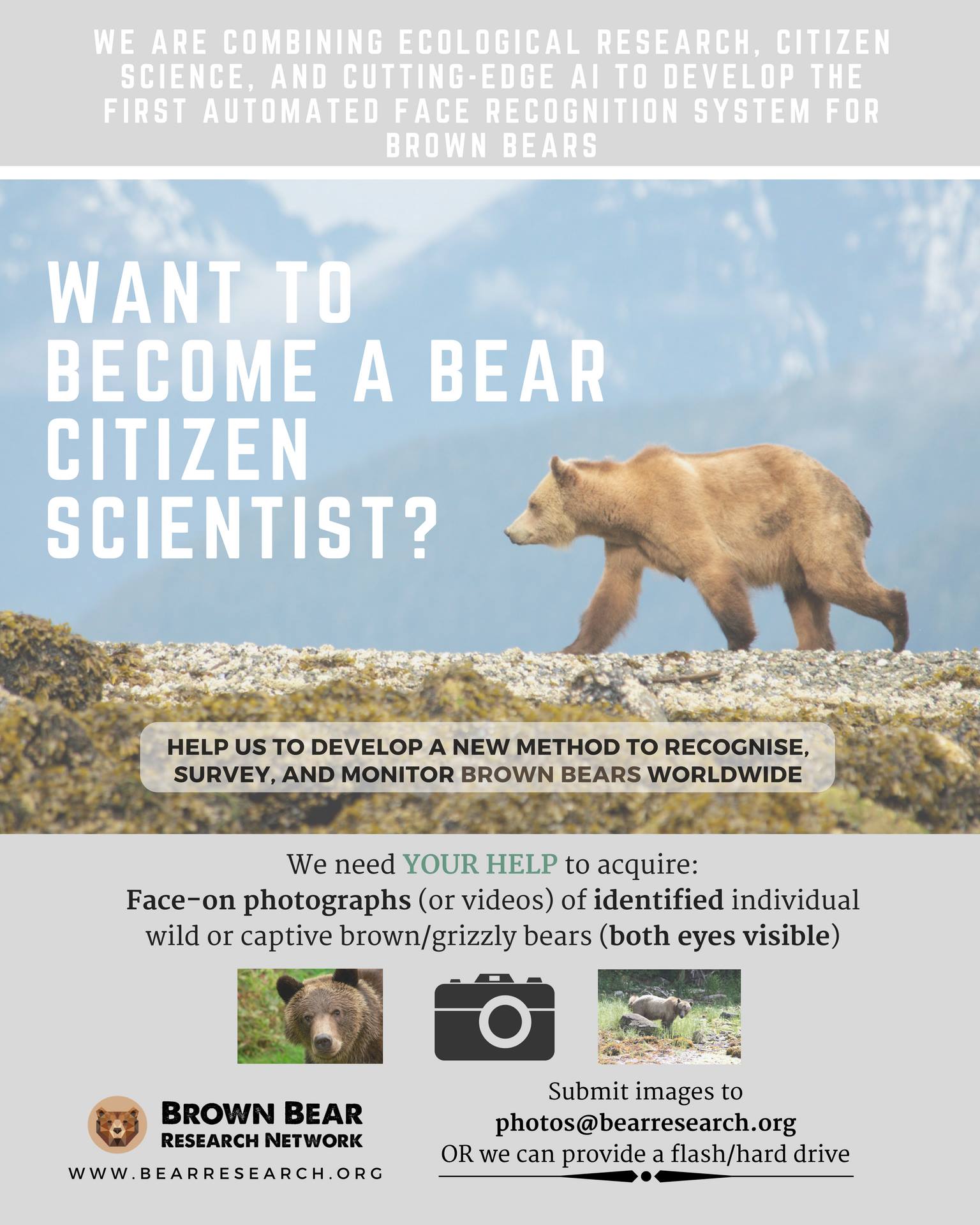